At the annual NACURH Conference on April 25, 1964, at the University of Denver, the National Residence Hall Honorary was created. NACURH incorporated found itself in financial trouble and was looking for grants to help finance their cause. They wished to foster a large community among those that live within residence halls. Most of the grants that were found had the requirement of having schools partaking in more service opportunities. 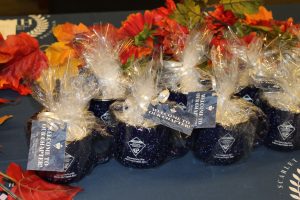 The organization started with schools that already had honorary type organizations, but the structure was changed to fit within NACURH’s overall structure. Since the organization’s inception, it focused on recognizing the outstanding student leaders within residence halls. In the many years to follow, new positions and awards were created, forming the structure that NRHH now follows.

Fast forward forty-five years after the creation of NRHH, and the Scarlet Knight’s Chapter was formed on April 25, 2009. Our chapter has fluctuated in active membership throughout the years. NRHH used to build its foundation on four pillars: Scholarship, Recognition, Service, and Leadership. Now we are focusing our energies to embody the two core values of our organization, Recognition and Service, which were established upon the removal of the four pillars. We are still striving for academic excellence and outstanding leadership, and believe we can do so by serving and recognizing the Rutgers Community.